MHis101 Course Page - The Attack on Faith, Reason, and Common Sense: Historical Roots of the ModernAssault on Catholic Christianity

Course Description: Part 1 (15 Lessons) of a two-part (30 Lessons) online course tracing development of the modern naturalist assault on Catholic Christianity intellectually, culturally, and politically. Beginning with a discussion of the strengths and weaknesses of the Tridentine Reform, it deals with internal battles, such as those over the relationship of free will and grace, and external pressures coming from the Enlightenment and the State, all of which worked towards undermining the idea of the supernatural and creating modern secular society. Part 1 of this course ends with the assault on the rights of the Roman Church beginning with the secularizing changes already beginning with the end of the War of the Austrian Succession (1740–1748). 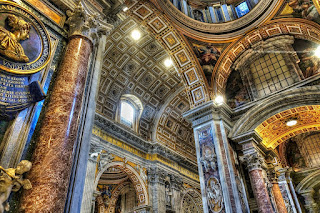 Educational Consultant: John C. Rao obtained his doctorate in Modern European History from Oxford University in 1977. His dissertation concerned nineteenth century Catholic reactions to the Enlightenment and the French Revolution. He worked in 1978-1979 as Eastern Director of the Intercollegiate Studies Institute in Bryn Mawr, Pennsylvania and is now Associate Professor of History at St. John’s University in New York City, where he has taught since 1979. Dr. Rao is also director of the Roman Forum, a Catholic cultural organization founded by the late Professor Dietrich von Hildebrand in 1968, which works in both New York City and Italy. Many of his writings dealing with the relationship between Church and society throughout history can be found on a website entitled For the Whole Christ--a name taken from the writings of St. Augustine to describe the character of the Mystical Body and its consequences for human life as a whole. Perhaps the most important of his works are Removing the Blindfold (Remnant Press, 1999), which discusses Catholic rediscovery of their own heritage in the post-French revolutionary era, and Americanism and the Collapse of the Church in the United States (Roman Forum Press, 1995). A new book, Black Legends and the Light of the World (Remnant Press) was published in 2012.

If you are interested in studying with this Educational Consultant, select the Tuition link.