Dr. Peter A. Redpath, President and Chief Executive Officer, (Professor of Philosophy at St. John’s University, New York, from 1979 to 2010) is author/editor of 18 philosophical books (11 monographs and 7 edited/or co-edited collective volumes), and many dozens of articles and book reviews. His 2021 monograph, How to Listen and How to Speak: Standing on the Shoulders of Giants to Renew Commonsense and Uncommonsense Wisdom in the Contemporary World, the first-ever publication of the prestigious John Paul II Catholic University of Lublin (KUL), Jacek Woroniecki Memorial Lectures (Peter A. Redpath 2021 KUL Jacek Woroniecki Memorial Lectures), is currently available from many online booksellers (including from En Route Books & Media and Amazon).

Dr. Redpath is the founder and CEO of the Aquinas School of Leadership, Management, and Organizational Development, LLC; and retired Chair of the graduate concentration in Thomistic Studies/Christian Wisdom at Holy Apostles College and Seminary (Cromwell, CT), which he established in 2014. In addition, he is a contributing scholar in the Thomistic Studies graduate program at the University Abat Oliba in Barcelona, Spain.

Co-founder of the Gilson Society (USA) and Co-founder and Rector of the Adler-Aquinas Institute (whose Chancellor is Fr. Joseph Fessio, S.J., founder and publisher of Ignatius Press); President of the International Etienne Gilson Society (Warsaw, Poland); former Vice-president of the American Maritain Association; Co-Founder and Founding Chairman (in conjunction with Mortimer J. Adler, Max Weismann, Patrick S. J. Carmack, and Steve Bertucci) of the Angelicum Academy homeschool program (of which he is Chairman of the Board) and Member of the Board of the Great Books Academy homeschool program; former Adviser to the Catholic Education Foundation (Rochester, NY); former Member of the Board of Trustees of the Institute for Advanced Philosophic Research. (Full bio here) 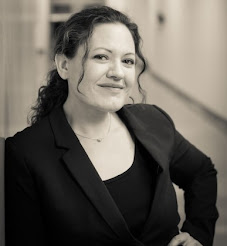 Kelly has been a college Philosophy and Religious Studies professor at a secular college in Phoenix, AZ, since 2003. She teaches Introduction to Philosophy, Logic, Ethics, Philosophy of Religion, World Religions, and Introduction to Christianity. In addition, Kelly is the founding faculty member of Logos College of Liberal Arts, a private online liberal arts college.

Kelly is the author of Retrieving Knowledge: A Socratic Response to Skepticism (2018) and Reason and Proper Function: A Reply to Alvin Plantinga (2019). In addition, she enjoys reading Plato and arguing with Nietzsche. Kelly enjoys spending time with her husband and cattle dogs in the Arizona desert. You may find more about Kelly's work on her website. 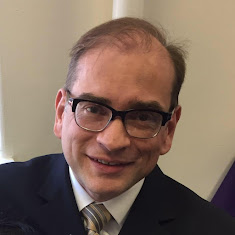 Marvin B. Daniel Peláez, Chief Operating Officer, holds an MPA from the Marxe School of Public and International Affairs, Baruch College, City University of New York, an MA in Religious Studies from the St. Joseph’s Seminary in Dunwoodie, New York, and a BA in Economics from City University's City College of New York. He has also done graduate coursework on St. Thomas Aquinas at the University Abat Oliba, Barcelona, Spain.

Marvin’s research centers on the relationship between philosophy, science, religion, economics, and leadership. He is the founder of The Boethian Renewal, an initiative to bring awareness on the life of Anicius Manlius Severinus Boethius (ca. 480-524/525 AD), a Roman statesman, philosopher, translator of Aristotle’s works and his professional work as a public administrator.

Marvin taught several undergraduate and graduate courses in economics and public affairs at the City College of New York and Sacred Scripture for the Archdiocese of New York’s Catholic Bible Studies program. He edited several articles for Holy Apostle College and Seminary’s Seminary Journal and was guest editor for two special editions of Studia Gilsoniana on economics. Marvin also edited Dr. Peter Redpath's most recent book, How to Listen and How to Speak: Standing on the Shoulders of Giants to Renew Commonsense and Uncommonsense Wisdom in the Contemporary World (2021), published by En Route Books and Media and Wisdom Academies' foundational monograph.

As a career Supervisory Economist for the U.S. Bureau of Labor Statistics, he leads a team of economists and statisticians on establishing, leading, and maintaining data-reporting relationships with public and private sector establishments in direct data collection programs such the Employment Cost Index program, a principal federal economic indicator. 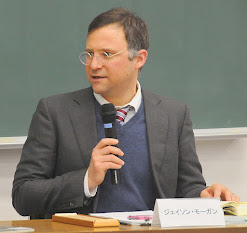 Dr. Jason Morgan, President of the Board of Advisors, is a researcher and author based in Chiba Prefecture, Japan. He teaches history, language, international relations, and philosophy courses at a small liberal arts college, and writes occasional essays for a variety of publications in Japan, the United States, and other countries. His work has appeared in JAPAN Forward, the New Oxford Review, Seiron, The Remnant, Crisis, Shukyo Mondai, The American Conservative, Human Life Review, Kokutai Bunka, the University Bookman, Nippon no Ibuki, Philosophy Now, Public Discourse, and elsewhere. Morgan is a member of the Seirondan editorial group at the Sankei Shimbun newspaper in Tokyo.

Morgan researches a variety of topics in politics, history, law and legal history, religion, and philosophy. He is especially interested in Japanese history, the political history of East Asia, the pro-life movement in Japan, the philosophy of the human person, economics and moral decision-making, and the global history of law-and-society thought (with an emphasis on Japan). Morgan’s scholarly papers can be found in, for example, Public Philosophy, Studia Gilsoniana, Rekishi Ninshiki Mondai Kenkyu, Nihon Kenkyu, Reitaku Review, Japan Review, Dao: A Journal of Comparative Philosophy, Logos, the Nihon Senryaku Kenkyu Forum Kiyo, the Kokkiken Kiyo, Society, Scientia et Fides, and Moralogy Kenkyu. Together with Dr. Peter Redpath and Marvin Peláez, Morgan edited two special issues of Studia Gilsoniana on the religious and moral dimensions of economics.

Morgan is the author of Law and Society in Imperial Japan: Suehiro Izutarō and the Search for Equity (Amherst, NY: Cambria, 2020) and several books in Japanese, the editor of Information Regimes and East Asia during the Cold War (London: Routledge, 2020), and the translator of esteemed Japanese historian Hata Ikuhiko’s Ianfu to senjo no sei (1998). He has also contributed chapters to Peter Redpath, Imelda Chłodna-Błach, and Artur Mamcarz-Plisiecki, eds., Great Ideas of Religion and Freedom (Brill, 2021), and Robert M. Whaples, Michael C. Munger, and Christopher J. Coyne, eds., In All Fairness: Equality, Liberty, and the Quest for Human Dignity (Oakland, CA: Independent Institute, 2019). Morgan is a managing editor at JAPAN Forward, and a columnist at The Remnant and New Oxford Review.